Posted at 15:34h in Football by andrzej.perkins 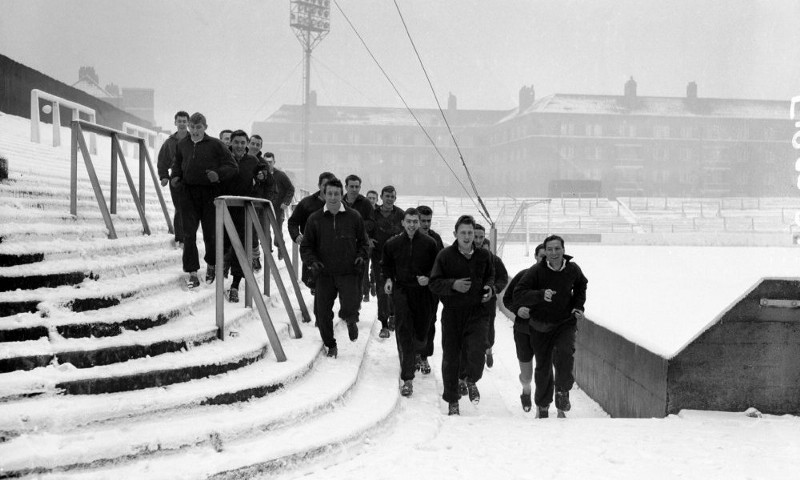 The clocks going back last Sunday heralded the end of British Summer Time. For the next five months, Saturday afternoon’s 3 o’clock matches will be played out with the help of towering artificial light.

The yellow footballs are out (for the privileged, at least) and the real non-league players — those who specialize in kicking a ball as high and as far as possible — come to the fore. Those teams who enjoyed knocking the ball around the flat, lush, green pitches of the summer have a shock coming their way, and only the most resourceful and adaptive will be able to carry their good form through the testing winter months.

Out come the gloves and long-sleeved shirts (for everyone except the match officials, who seem to take pleasure in freezing their forearms to the point of unresponsiveness, while the unlucky five who didn’t make the cut of the starting XI do their best to keep warm with some half-hearted “warm-up” drills.

And then there’s everything happening off the pitch. Pints in plastic cups are abandoned in the club house, replaced by Bovril — essentially a very runny gravy, served up hotter than the sun in polythene cups.

Come winter, you can spot a regular a mile off. Old boys who’ve been braving the elements for as long as they can remember, dressed in the same old coat that has got them through winter after winter. Start contrast, then, to those who’ve come to see a mate play, or who are there out of curiosity. The cold, sweeping winds of places Sittingbourne or Ashford can quickly take the toll on an inexperienced attendee, dressed in jeans and a hoodie.

What about all those enjoyable summer away-days, somewhere new in the FA Cup perhaps? A nice trip to the seaside to play Bognor, Margate or Ramgate? Nope, this is when football really starts. This is the mudbaths, the steaming cups of tea and Bovril, the deep paralyzing colds that only a last-minute winner can cure. This is proper non-league football.