Posted at 10:02h in Transport by andrzej.perkins

The sight of a tram on what is now the east London and Essex borderlands was not uncommon in the early 1900s. From 1905 to 1933, the Walthamstow Urban District Council Light Railways ran trams from Oak Hill on Epping New Road to Walthamstow.

But two miles up the road, and 30-odd years earlier, there was a whole different type of train being tested in the secrecy of Knighton Forest, adjacent to Buckhurst Hill.

The Lisbon Steam Tramways were after somewhere to test their prospective new trains, and Knighton Forest was seen as the perfect substitute for Lisbon’s steep hills.

An experimental track, 1710 feet in length was laid in December 1872 to test a new method of tramway building, developed by Richard Trevithick (grandson of Robert), and licenced by the Lisbon Steam Tramway company.

The track was a single rail, flanked on either side by timber baulkes. Timber tracks generated greater friction than steel, meaning the driving wheels could (in theory at least) drag the vehicles up far steeper gradients than usual. To keep the train on the track, two grooved wheels were fitted to follow the single cast iron centre rail.

The track ran from a start near the keeper’s Lodge on Knighton Lane down to the entrance of the old Monkhams Farm.

The engine was built by Sharp, Stewart and Co, a Manchester-based company and the carriages by Brown and Marshalls of Birmingham, so it’s anyone’s guess why they hauled everything down to Essex for the trials.

If the decision to carry out the trials in Essex was a puzzling one, it seems even more questionable that they would lay their tracks over soft, uneven forested land, especially when the tramway was planned for traditional operation – with the tracks sunk into a paved road.

Trials took place over the new year period between 1872 and 73, but the weather proved troublesome, and after a promising first day of trials, the tram began to struggle, unable to get any purchase on the wooden planks, especially when the wet ground around them began to ooze over the top of them. When fully-functioning, a top speed of 20mph was achieved, including a number of stops, with the short journey taking 60 seconds to complete.

It is believed that 16 locos locos were built in total at a cost of £1,500 each (approximately £95,000 in today’s money), but were sold to a dealer at just 10% of that following the Lisbon Company’s failure. Some were rebuilt into six coupled locos but some were believed to have been scrapped..

Local legend has it that one of the locos, ‘Cintra’, saw an early grave at the bottom of the Bay of Biscay. A Mr Newman, who was present at the trials (and son of the Buckhurst Hill Station Master) wrote to the Woodford Times in 1932, claiming that it was aboard the Northfleet, which sunk in the Thames estuary after being hit by another boat overnight when it was anchored just outside Dungeness. Over 300 people lost their lives on the Northfleet, but the Illustrated news (30 January 1873) says the ship was bound for Tasmania, not Portugal with no mention of any locomotives on board. 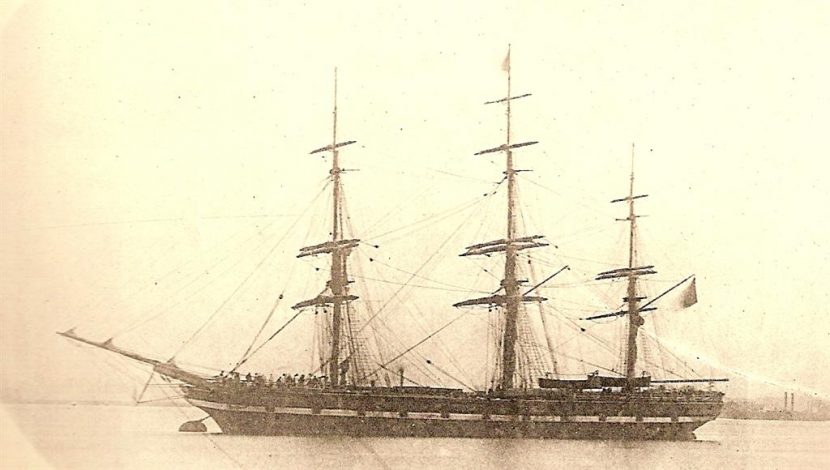 It had picked up railway materials in London destined for a new railway in Hobart, but that was the limit to any railway-related goods.

There was a late twist to the story though. The Lisbon Company’s shareholders became suspicious that the company had promised something that they would never be able to deliver. There was a legal case which rumbled on for another 20 in Hobart, Tasmania – the very same as the destination for the sunken ship Northfleet, coincidence?

There’s suggestions that the Lisbon Steam Tramways Company was nothing more than a ‘bubble speculation’, something which deserves its own attention.

You can still walk the route of the Buckhurst Hill tramway today – Monkhams Lane cuts through the middle of Knighton Wood, following the same path. It’s even a segment on Strava. 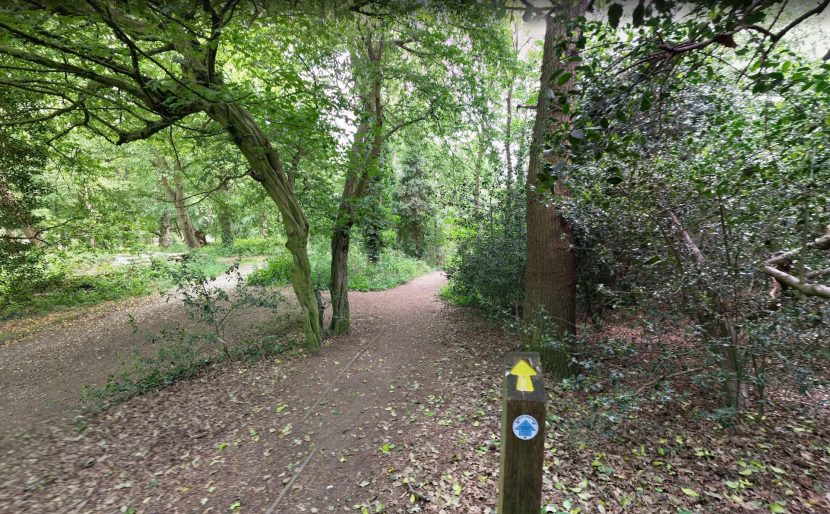 The top of Monkhams Lane, and the start of where the track was laid.