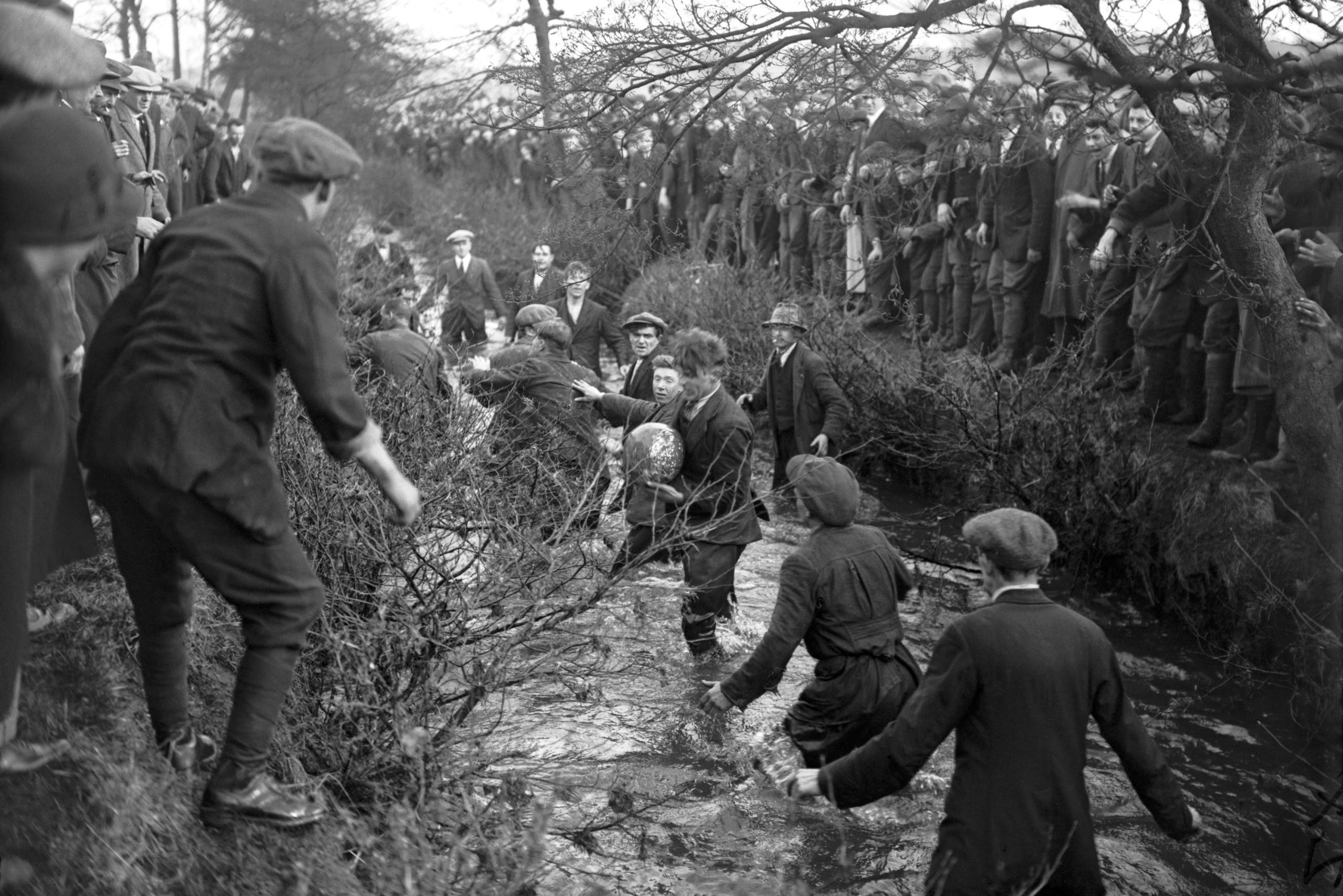 Posted at 10:25h in Football by andrzej.perkins

Sorry to disappoint the groundhopping fraternity, but they’ve missed the opportunity for a tick which only comes around once a year.

That ground can’t be found on the Groundhopper app, nor is it on any football stadium guide. The pitch, if you can call it that is around three miles long, and as little as ten yards wide in places.

On Shrove Tuesday and Ash Wednesday every year, the town of Ashbourne into Derbyshire descends into chaos for the Royal Shrovetide football match. 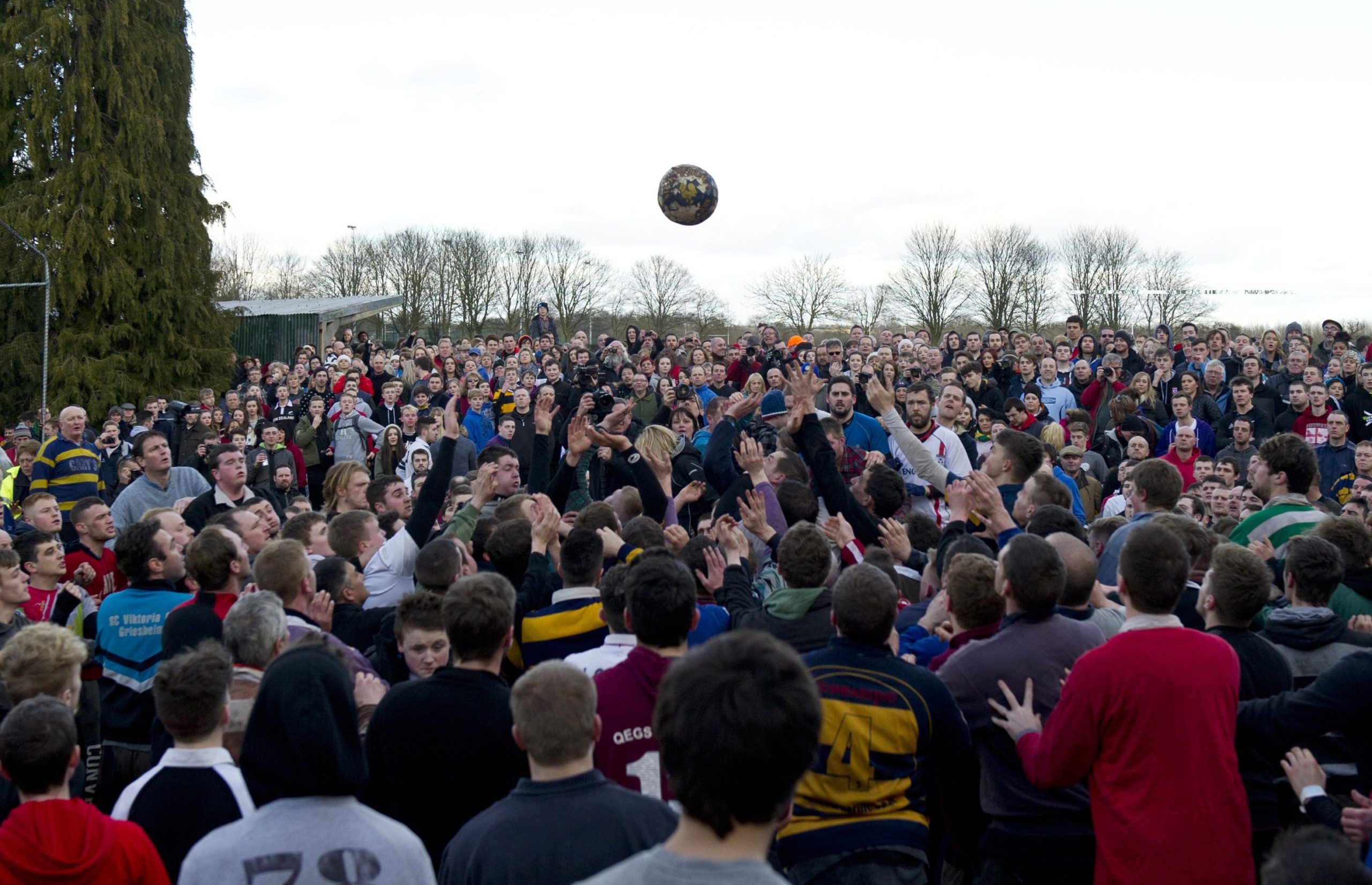 The Mills have long-since been demolished, but part of their millstones still stand on the bank of the river, serving and scoring posts. Teams are decided by which side of the river participants were born.

Though it is legal to kick the ball, it rarely touches the ground. The game isn’t played with any old football either – a special, larger ball is used, which is filled with cork from Portugal to help it float when it ends up in the river. It is usually pained in a way related to the local dignitary who turns up to get the game underway. Those who score (or ‘goal’ in local dialect) get their name painted on the ball, and get to keep it as a souvenir.

There are a few other rules which worryingly, need to be made explicit:

There looks to be a slight advantage in picking an end, with the Down’ards only winning twice in the last 13 meetings. 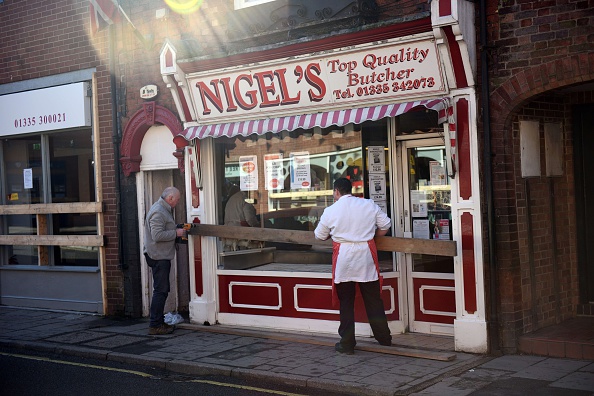 They are made of hardier stuff when you get past Watford, and the game has only been cancelled twice since a roll of honour was started to be recorded in 1891 – both times for the outbreak of Foot-and-mouth disease. The game even carried on during the two World Wars, and the Ashbourne Regiment even played a version of the game in the trenches during the First World War.

There are two other Shrovetide games played nationally – one in Atherstone, Warwickshire and one in Alnwick, Northumberland. There have been others in the past too, including one in Kingstone, where some bloke who looked like the Prince of Wales turned up to watch the 1860 game.

The local paper reports “A rumour gained ground that His Royal Highness was in the two, and so firm became the belief that the band played “God save the Queen,” and Mr Lish went over to the Sun with the view of presenting one of the balls to His Royal Highness, and it was with some little difficulty that Mr Lish was convinced that he was under a misapprehension, and even now many are still persuaded that it really was His Royal Highness. The affair created considerable amusement for the worthy host of the Sun and his guests”.

Shrove Tuesday in 2021, (should we make it that far), is on the 16th of February. Pencil that one in your diaries. 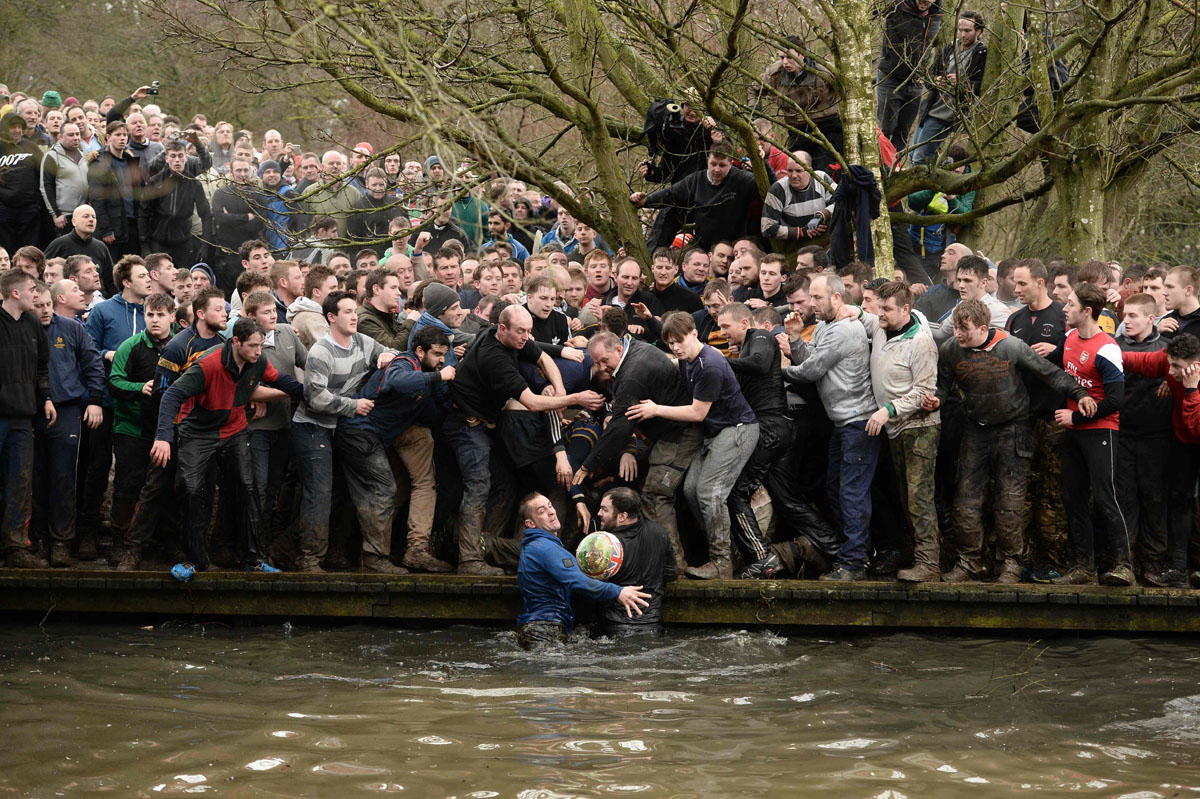