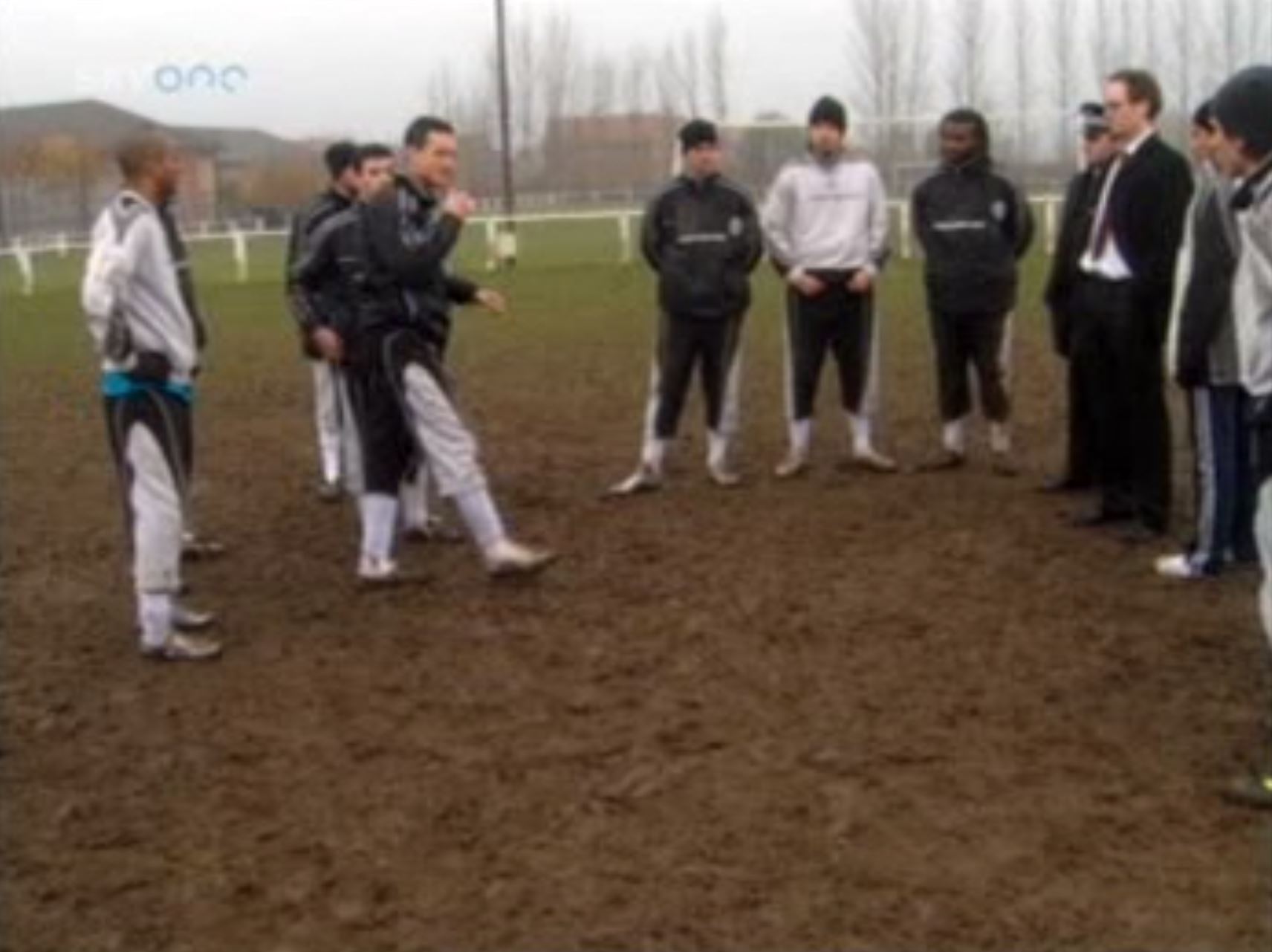 Posted at 08:54h in Football by andrzej.perkins

Throughout the club’s history, there have been a number of occasions where the ground has played a starring role on TV, and in Bollywood.

The 1995-6 season was the club’s last at the Hare and Hounds on Lea Bridge Road. And the people of E10 swarmed to the ground one sunny morning for a sight of Arsenal and England Forward David Platt. 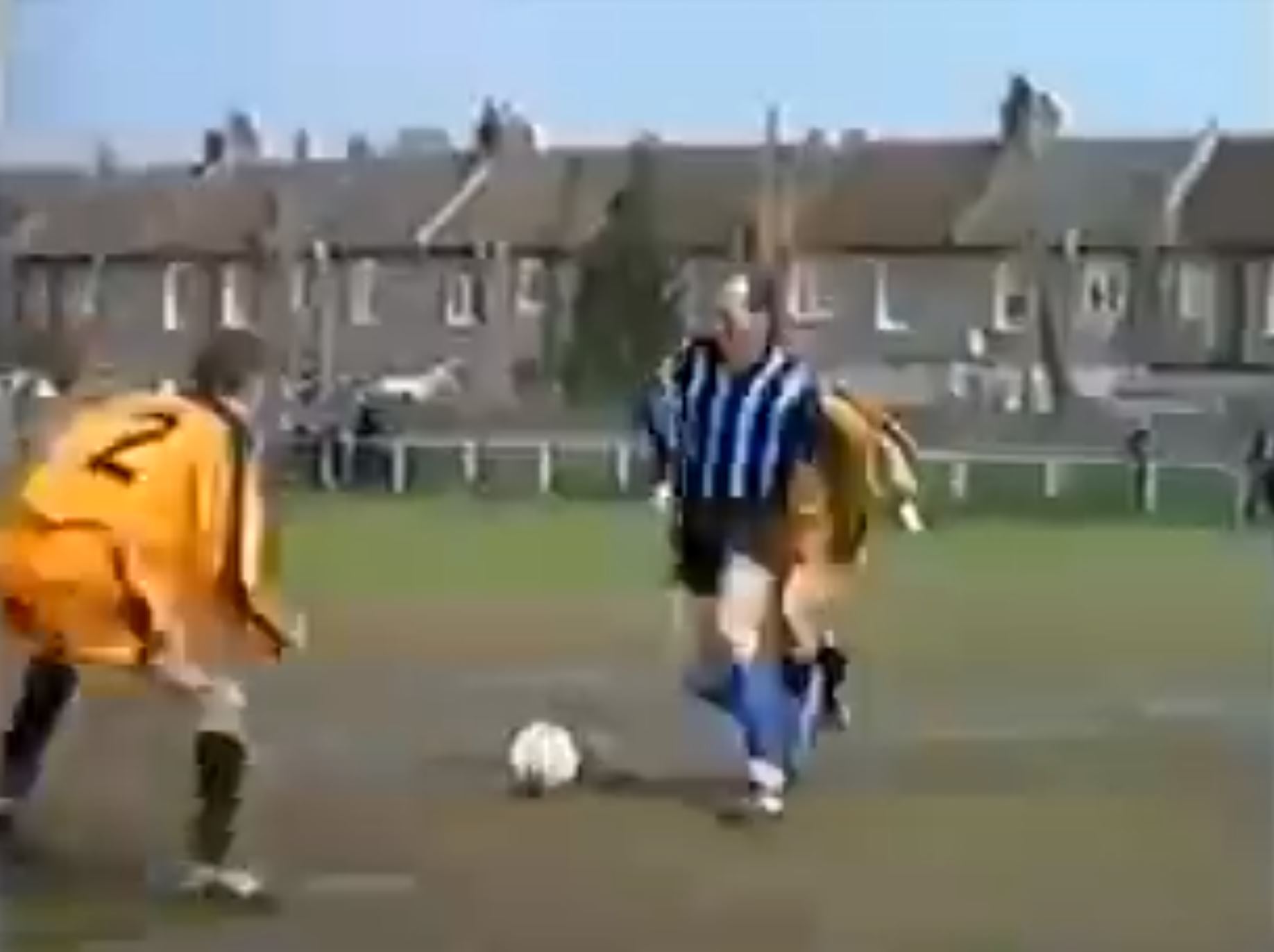 In the McDonald’s advert, Platt (pictured above) has just signed for the fictional Riverhead United after. Platt’s limo had just broken down, and one of the Riverhead club directors just happened to be driving by with a Big Mac in the passenger seat. Platt can’t help himself, and signs for the non-league club in exchange for the Big Mac. The advert ends with Platt scoring an acrobatic bicycle kick to win the game for Riverhead. 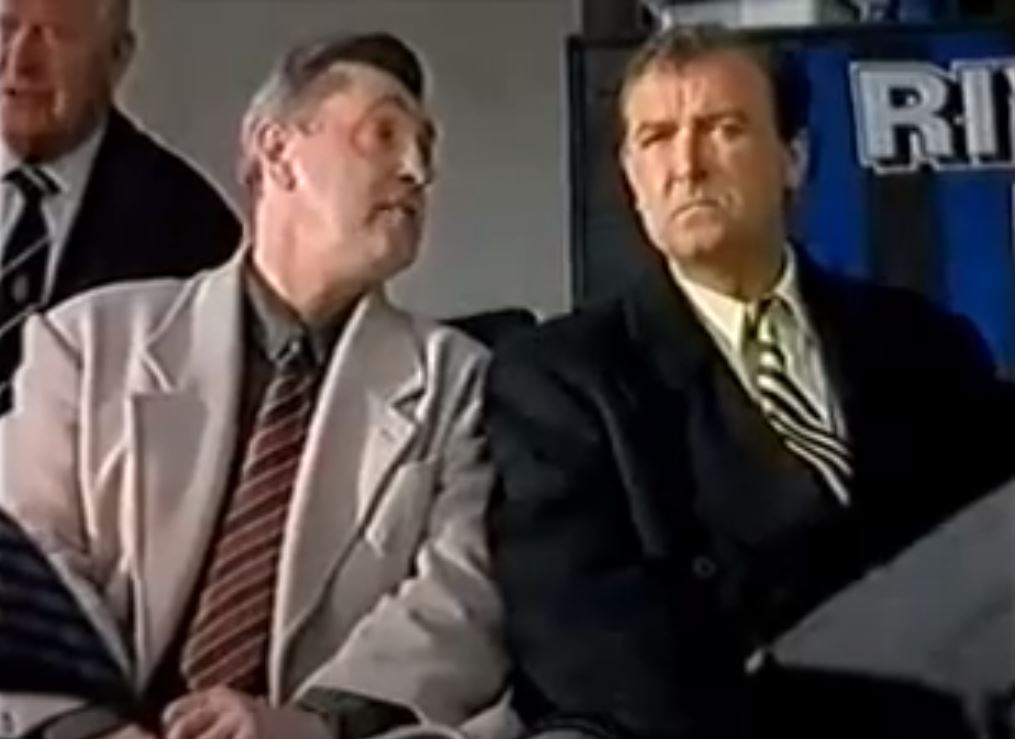 Club president George Gross even managed to sneak his Leyton tie into the ad (pictured top left in the left image), and the gold, known as the “McDonalds kit” found its way into the club’s hands, and was worn for the next season, including the 1996 London Challenge Cup final.

Wadham Lodge has had its moments on screen too.

Sky One’s Dream Team will live long in the memory of many football fans. The show revolved around Harchester United, a Premier League club which went from tragedy to triumph on a weekly basis. The fan website dtdiehard.net even has a page named “Player Deaths” which includes causes like “shot by Wembley sniper, plane crash, coach crash, a separate coach explosion, lethal injection by mistaken identity and impaled by coat peg”. Home games were played at the ‘Dragon’s Lair’, which was in fact Millwall’s Den, with the colour balance slightly changed so that the blue was now Harchester’s purple.

But the club had a nomadic approach to training grounds during its ten series, settling at Wadham Lodge for series eight and nine. The outer pitches at Wadham Lodge formed part of Harchester’s training ‘complex’, and it wasn’t uncommon to see Waltham Forest players and club officials to pop up in the background of shots.

In 2007, a stellar cast of Bollywood stars were at Wadham Lodge for the filming of ‘Dhan Dhana Dhan Goal’. The film follows Sunny, who tries to rebuild the all-Asian Southall FC, which his father played for, but folded after racist abuse.

Sunny joins the new Southall Club, and helps steer the team to many victories including a place in the semi-finals.

However, just before Southall team intends to play against Gatwick, they get the news that Sunny has switched to another more prestigious Club in exchange for a fancy sports car, a 4 bedroom mansion, and a handsome signing fee.

This leaves Southall to turn its ground over to the Chair of the City Council who wants to demolish it, and build a shopping centre and theme park in it’s place. His actions prompt the community to ostracise him for his betrayal and treat him with contempt and disdain.

However, Sunny eventually discovers the truth of his father’s attack and support for Southall. Deeply moved he rejects his contract and heads back to help Southall win the Final match against Aston and redeems himself to his team mates and community.

Most recently, the main pitch at Wadham Lodge was used for an adidas advert involving a bath tub.