The things that ‘feel’ the most football, aren’t really football 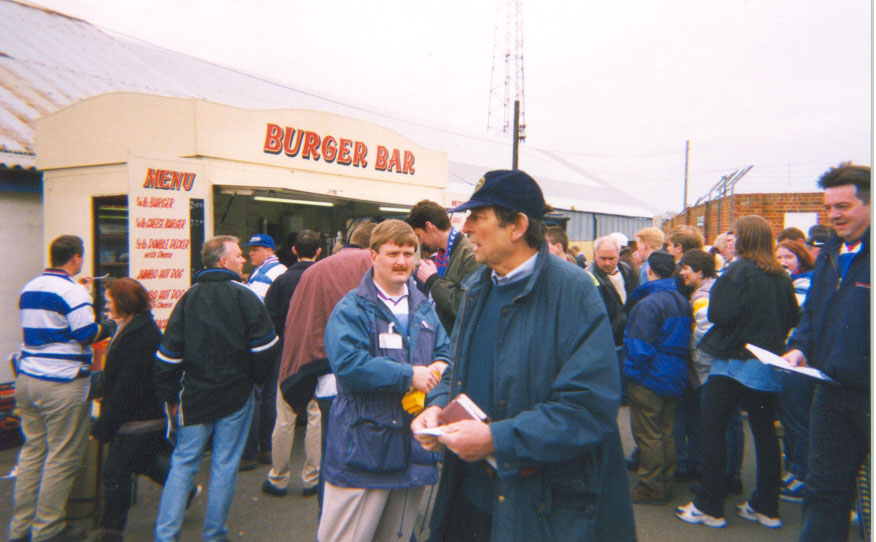 09 Sep The things that ‘feel’ the most football, aren’t really football

Posted at 08:57h in Football by andrzej.perkins

There’s so much to love about football. The last-minute winners, the incredible cameos, the club legends…

But if the enforced absence from grounds and changes to pre-match routines of the last 18 months have taught us anything, is that the best things about football very rarely have anything to do with the game itself.

Some of the best things about the game we love are the sights, smells and feelings we experience from everything that goes on outside of teh game itself.

Someone, somewhere must have written a thesis on how the smells you experience growing up shapes your future. The smell of deep heat or damp grass at night will never not take me back to Wadham Lodge as a ten or eleven year-old. And I will fight anyone who disagrees that the smell of fried onions isn’t one of life’s best pleasures. It just isn’t the same at home. The onions have to be cooked on some decrepit grill, with decades of accumulated grease, and a very questionable approach to food hygiene.

And what about Bovril? You’d struggle to find a single person here today who has ever had a mug of Bovril at home. But as soon as you get to a football ground… cup of beef juice? Sure, why not. But standards must be kept! One Stow fan still has sleepless nights about the crushed up Oxo cube which was passed off as Bovril at Barking last season.

Save a space for big-money advertising for things you can’t actually buy too. Far-east gambling websites aside, how many people watching the average Football League game are in a position to buy metal Rainham Steel, on what one can only assume is an industrial scale? Their committment to supporting football must had admired. And how much impact on sales of the luminous energy drink has Carabao’s sponsorship of the League Cup had?

Sky Sports are responsible for some pretty reprehensible things, but it’s difficult to argue that their early-era Premier League adverts are amongst some of the best ever made on TV. Simple Minds’ Alive and Kicking will never not bring up images of Vinny Jones in the shower, or 19 other of the Premier League’s first stars sweating it out down the gym. Sean Bean’s performance in the 1997-8 season opener remains one of his finest two minutes to date.

For many though, there’s only one winner when it comes to celebrating things about football that have nothing to do with the game itself. Putting on your lucky pants, meeting up with your mates, and travelling to some far-flung hole with no train stations within 20 miles can be such a crucial part of a football supporter’s life. Many have felt the pain of going without since the start of the pandemic, and it’s only then that we realised what we had. Hopefully we never have to go so long again.