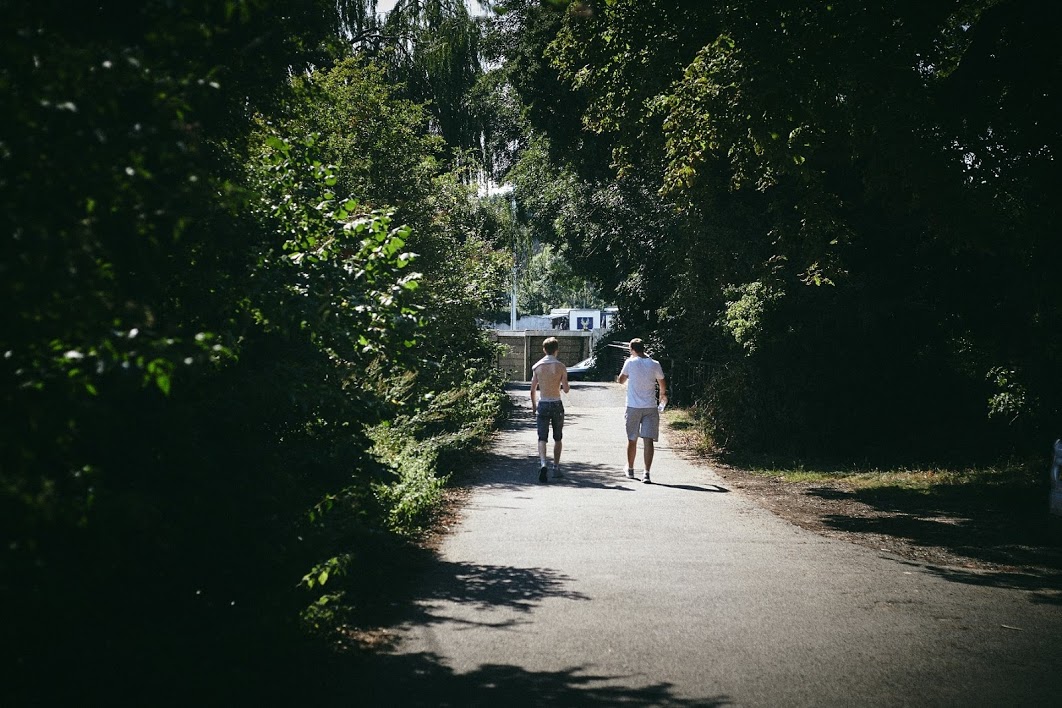 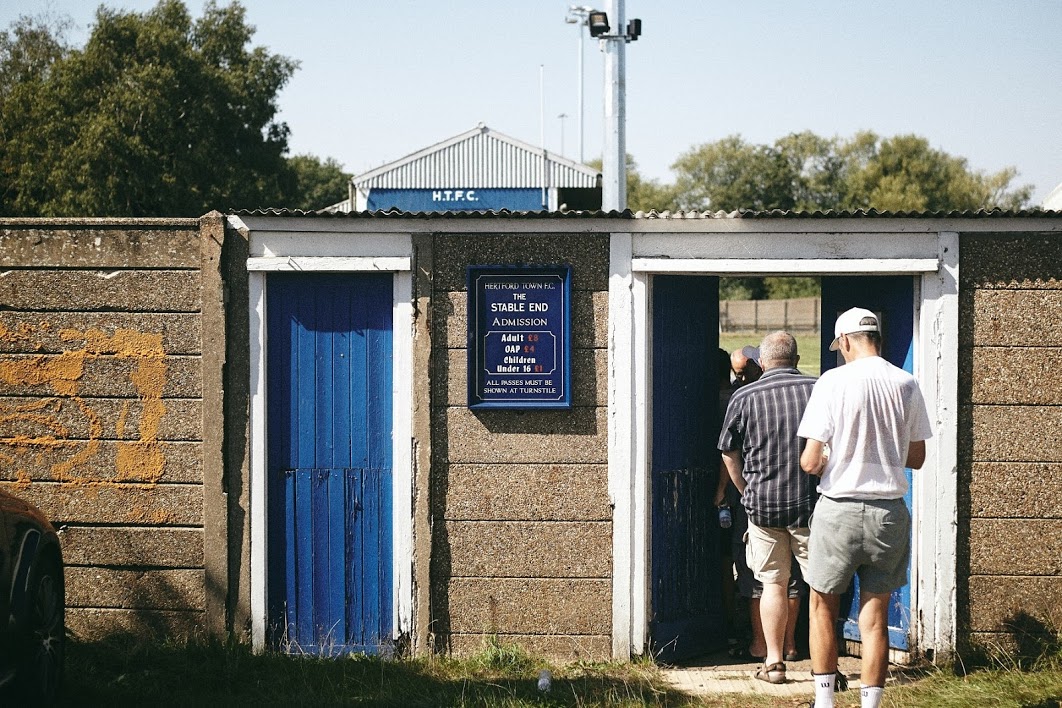 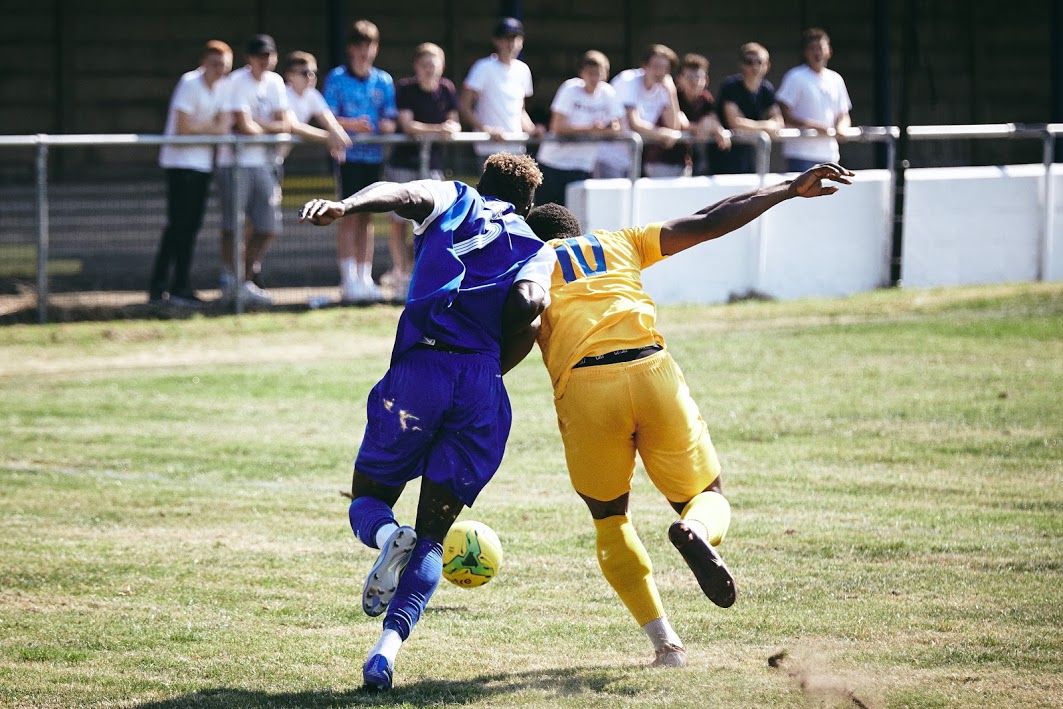 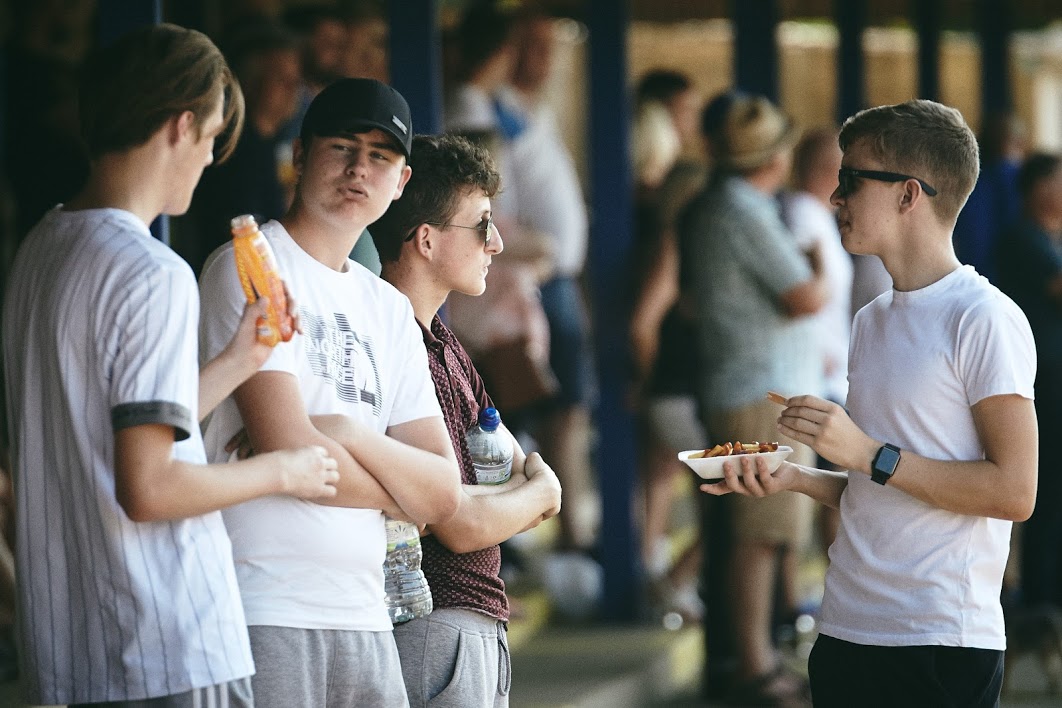 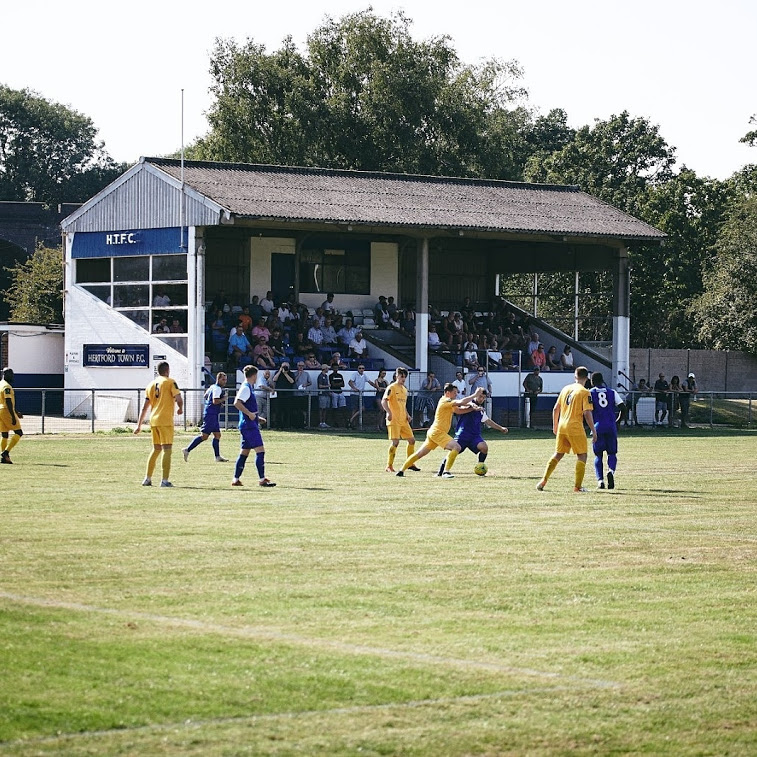 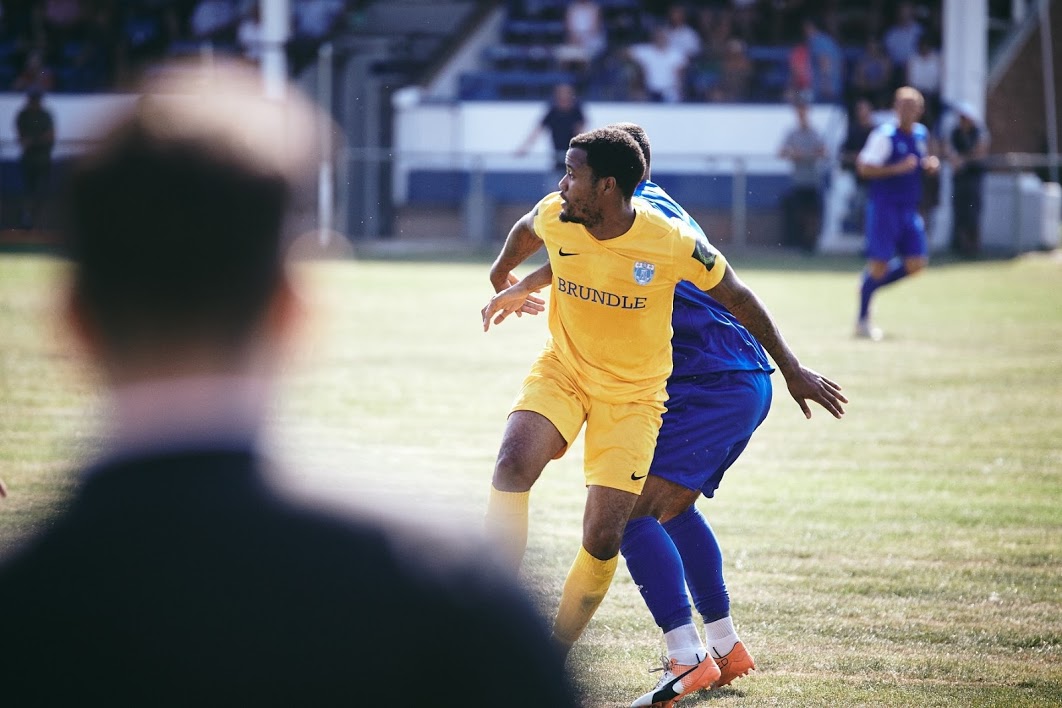 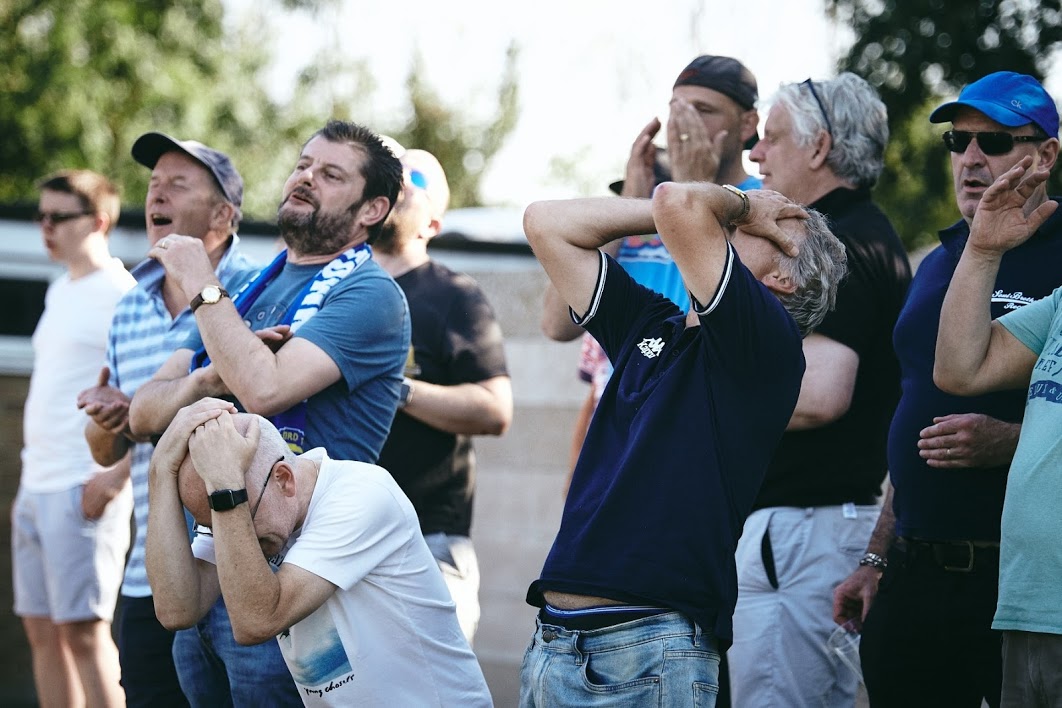 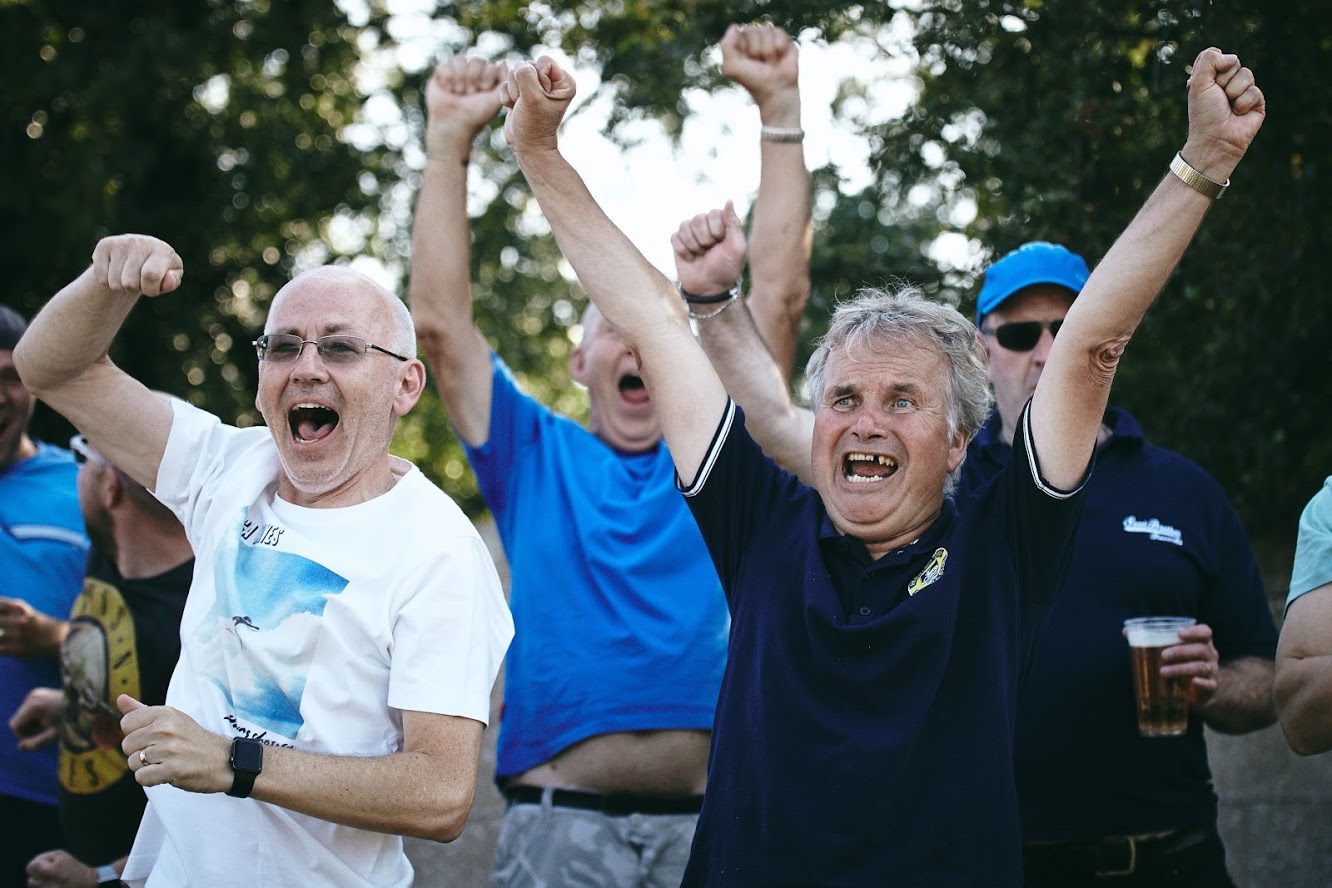 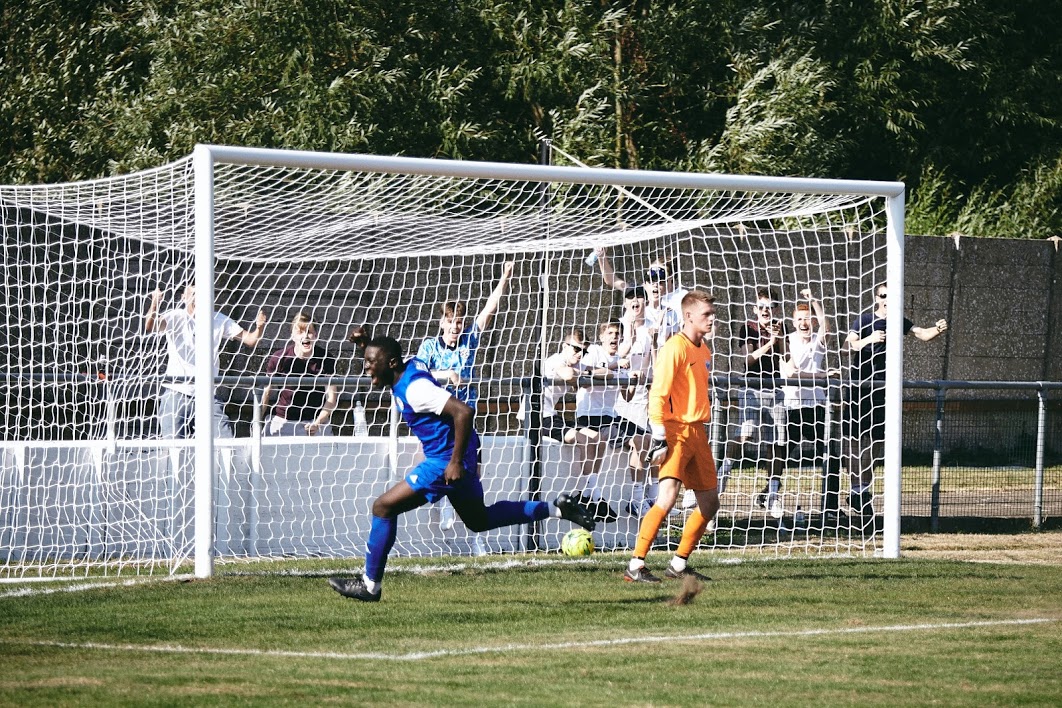 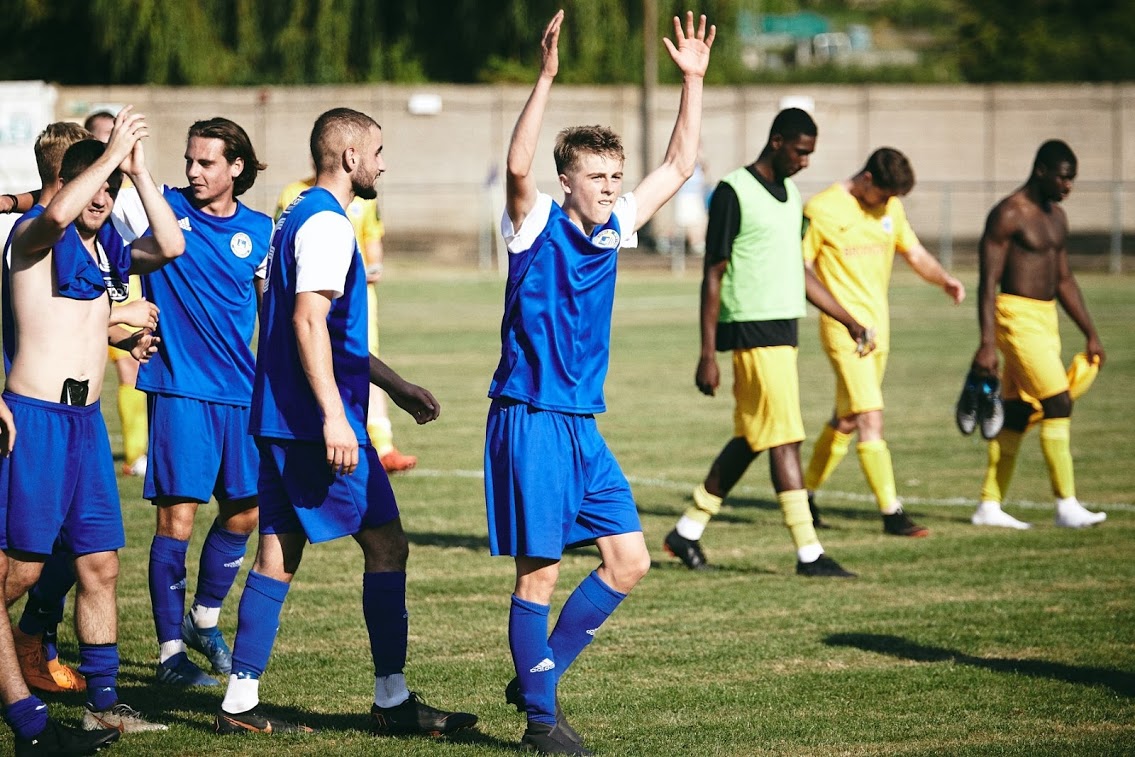 Where do you draw the line between someone who likes taking photos of grounds and a groundhopper?

After years of struggling with an ancient entry-level SLR, I took the plunge this summer and went for something far more respectable… Still almost ten years old, but respectable nonetheless.

And it didn’t take long to get noticed either. Another photographer at the game caught me at half time, impressed with my kit. “I’ve got no idea what I’m doing with it,” I protested. True enough, but even though I’ve only been using it for a couple of games, I’ve been delighted with the results.

I’m usually at Walthamstow in the Essex Senior League, taking about 15 minutes worth of photos before the lure of a drink and a sing-song with The Rabble behind the goal becomes too much. So the August Bank Holiday gave me the chance to extend myself a bit and focus on the camera and not the beer (day two of a solid 7/10 hangover also contributed significantly).

The morning started with a trip to Islington to the North London Programme Fair with the intention of picking up a stack of late 90s Leyton Pennant programmes in a vain attempt to build up our club’s programme back catalogue (or at least the ones I edited and then thrown away). Apparently, the old tat I’m after isn’t quite old enough for the sellers at the fair. I didn’t leave empty-handed though, a Leyton programme from 1957 for £3 was decent enough reward for the trip.

I hadn’t planned on going to a game today, but the heat in my flat ushered me towards the door. A quick look at the Groundhopper app (has there ever been such a loaded name for an app?) revealed some potential fixtures. Cheshunt? Maybe… Harlow? Local derby but a ground I’ve visited far too many times. Wingate & Finchley? Hendon? Not sitting on the North Circular in this heat.

In the end, I opted for Hertford Town v Barking; a ground I hadn’t been to since the final day of the 2002-3 season, when we (then as Leyton Pennant), stayed up at Hertford’s expense. And a ground with character; something so lacking in the M25 borderlands.

The walk down to Hertingfordbury Park leads you down a narrow curvey lane, and I was reminded of a photo that was in the Hertford boardroom on my last visit, showing the entire ground under several feet of water. The main stand pokes its triumphant head over the perimeter boundary giving a teaser into a true non-league ground a hundred or so metres down.

It took a while for the ground to fill up; the crowds no doubt keeping close to the shelter of the bar for as long as possible. I’d seen videos of the Hertford fans a couple of hundred strong during their promotion season a couple of years ago, creating a decent atmosphere behind the goal.

By 3 pm though, they were 60-or-so strong, and making a pleasant if subdued sound when their side attacked.

There wasn’t much confidence from the home fans going into the game, having lost all three of their games before today. Barking’s travelling support had a bit more reason for optimism though, having beaten Aveley in the FA Cup two days previously.

But they hadn’t won in the league, and it soon became clear why. Barking controlled the opening 20-odd minutes but lacked the guile upfront to make the most of the possession. Especially once central midfielder Kojo Apenteng went off injured, Barking lost all sense of a game plan.

Hertford grew into the game, but with it being scoreless at the break, you wondered how either team would score.

As is the case with two poor sides, it would take a moment of genius or a mistake for the deadlock to be broken. Unfortunately for Hertford, it was the latter, as keeper Nick Hayes parried a routine effort straight to the feet of Theo Fairweather-Johnson who gleefully poked home.

This seemed to bring Hertford, and their fans, to life and the next half-hour was almost one-way traffic. Nestled among the pleasant home contingent in the second half – all of us trying to seek out a tiny patch of shade, we saw Isaac Pedro score a fine header to draw Hertford level and then Prince William Domafriyie make the most of another goalkeeping howler to squeeze the ball in at the near post.

Barking’s fans looked like they were wondering if they’d ever win again, while the sun, a few beers and surprise victory put the smiles back on Hertford’s faces.

A spare of the moment decision gave me one of the most enjoyable games I’ve seen as a neutral in quite a while. At the moment I’m clutching at the straws which say ‘photographer’ and not ‘groundhopper’. After all, I didn’t even by a programme.

(N.B. Hertford Town do not print a paper programme.)