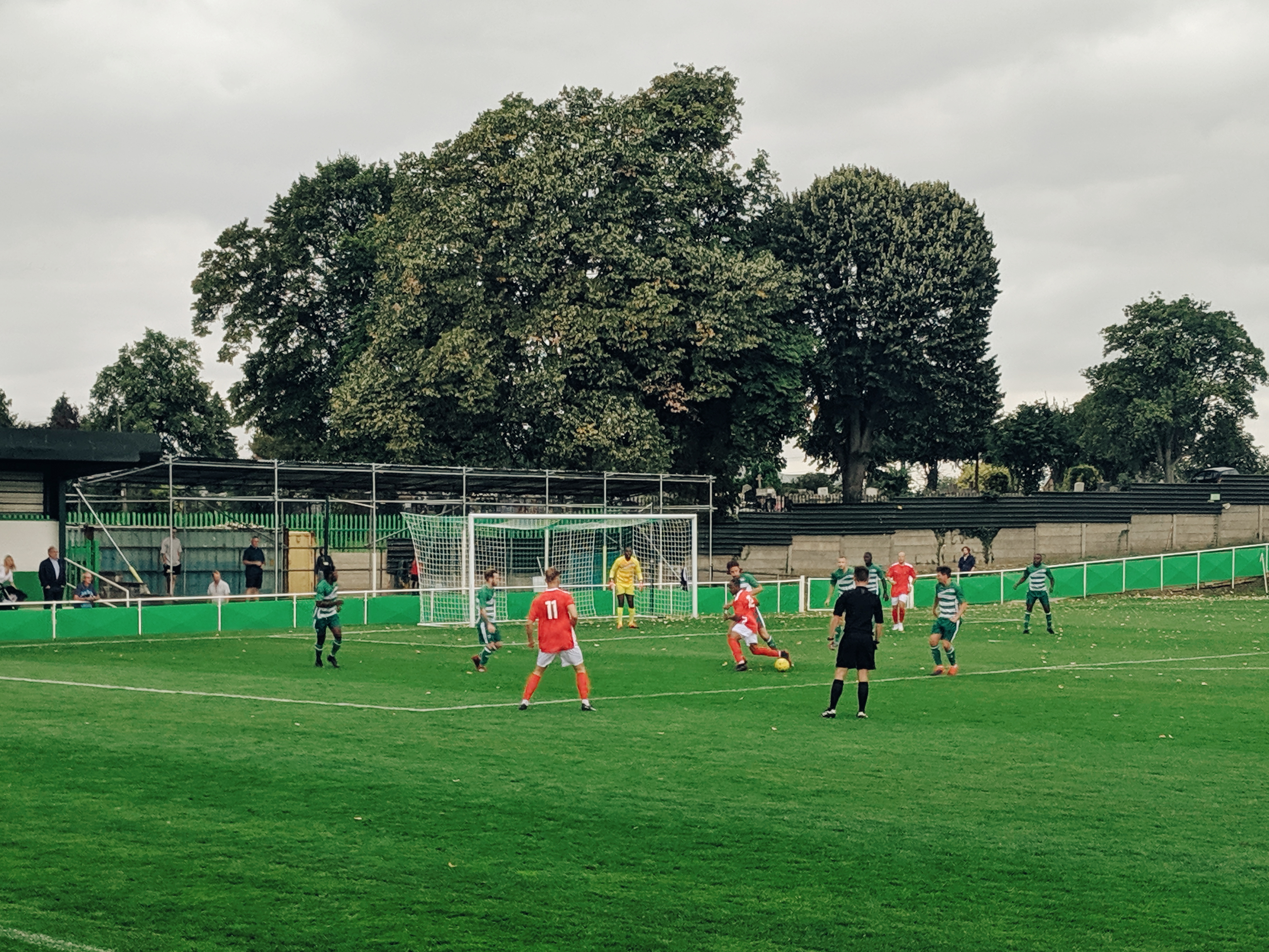 It’s not even the end of August and Walthamstow were already without a game on a Saturday. We’ve only played two league games so far this season. Tower Hamelts, on the other hand, have played six.

But this Saturday saw the start of this season’s FA Vase, with the first qualifying round being played. Stow’s third-placed finish last season means we’ve been given a bye to the first round proper. This would have been the perfect opportunity for the Essex Senior League to schedule some tasty ties between last season’s top finishers, but their blazé approach to creating fixtures with any semblance of logic (see us having seven of our first eight league fixtures scheduled at home) means we’re left twiddling our thumbs.

Social commitments and a subtle hangover meant I took the easy option at headed down to Waltham Abbey to see some familiar faces host Uxbridge. Walthamstow played both sides fairly regularly at various points in time, and I was surprised to see the West London side have the exact same committee as the same time we played them almost 15 years ago: a lot more grey and wrinkly, but just as committed.

Both teams had started the season with four points from three games, though I expect Abbey will be aiming for the play-off places come the end of the season; if the improvements to their ground and nothing else are anything to go by. The latest additions to Capershotts on this visit were a new Portakabin for the burger bar, and some neat fencing in the car park.

On the field, Abbey had former Stow players Junior Appiah and Leon McKenzie starting. Both were released from Stow for varying levels of indiscipline and neither were entirely positive influences on the game on Saturday; from a team-work perspective at least.

Abbey lost possession within two touches of the kick-off, and this was a sign of things to come in the first half as neither side was able to get any kind of a grip on the game. Uxbridge were looking to exploit the long ball (not the greatest idea against two six-foot-plus centre-backs) while Aron Gordon was Abbey’s biggest threat. He saw a lot of the ball, but was more often than not ushered out into the corners. McKenzie – who’s best use these days is as a target for the ball into feet – was bypassed altogether.

Gordon almost gave Abbey the lead with about 10 minutes til half time when his deflected effort clipped the cross-bar, and Uxbridge should have had a goal of their own when they raced straight up the other end, but Michael Kalu spooned over when through on goal.

The game desperately needed a goal, and McKenzie made no mistake from the penalty spot after Appiah was bundled over by the otherwise impressive Mark Goodman. This seemed to wake Uxbridge up, and they controlled the final five minutes of the half without creating much.

There was a change of approach from the visitors at the break, and their decision to keep the ball down and play on Abbey’s carpet worked instantly. Uxbridge dominated the second half, probably having 75% of the ball, and spurring chance after chance. They hit the woodwork no less than four times, twice in two touches at one point. Abbey lost their full complement when Louis Bowen was given his marching orders for a clumsily out of control challenge which could have been a lot worse had he actually connected with the Uxbridge player.

But try as they might, Uxbridge couldn’t find a way through. It was no surprise then that McKenzie made it 2-0 with 71 minutes played. He’d seen so little of the ball all game that the Uxbridge defence (now consisting of just two players) completely forgot about him and allowed him all the time he wanted to run onto a long ball and roll it home.

From here Uxbridge knew the game was up, and as some pretty sinister-looking clouds rolled in, the game petered out; Uxbridge with nothing but a journey round the A406 to look forward to.